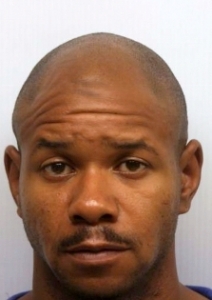 SAVANNAH, GA (June 18, 2015): Savannah-Chatham Metropolitan Police have charged a suspect in one case and they are looking for more information on two other incidents after three separate shootings  Wednesday afternoon and night.

At 7:30 p.m., Central Precinct Patrol officers responded to the 600 block  of West 40th Street where they found Brandon Ellison, 30, of a  Manchester Court address, on the floor of a house with a non-life  threatening gunshot wound. Officers immediately detained Stanley  Eugene Robinson, 25. Violent Crimes detectives later charged him with  aggravated assault.

Brian Keith Alexander, 24,  of a Quail Forrest address was found with  gunshot wounds in a yard on the 2400 block of East DeRenne Avenue  about 3:30 p.m. and transported for treatment of injuries expected to be  non-life threatening.

He reported he had been standing in the yard of a house when a male walked up and began shooting at him, hitting him twice before walking towards him and firing at him again as he lay on the ground. The gunman then fled west onto LaRoache Avenue.

At 10:29 p.m., Central Precinct Patrol officers responded to a shooting call on the 1700 block of East 39th Street where they found George Hamilton, 81, with a non-life threatening wound in his house. Hamilton said he had sold sodas to two younger males who returned and fired at him.

Violent Crimes detectives continue to investigate the three shootings. Anyone with information on a case is asked to call Crimestoppers at (912) 234-2020 or text CRIMES (274637) using the keyword CSTOP2020. Tipsters remain anonymous and may qualify for a cash reward.